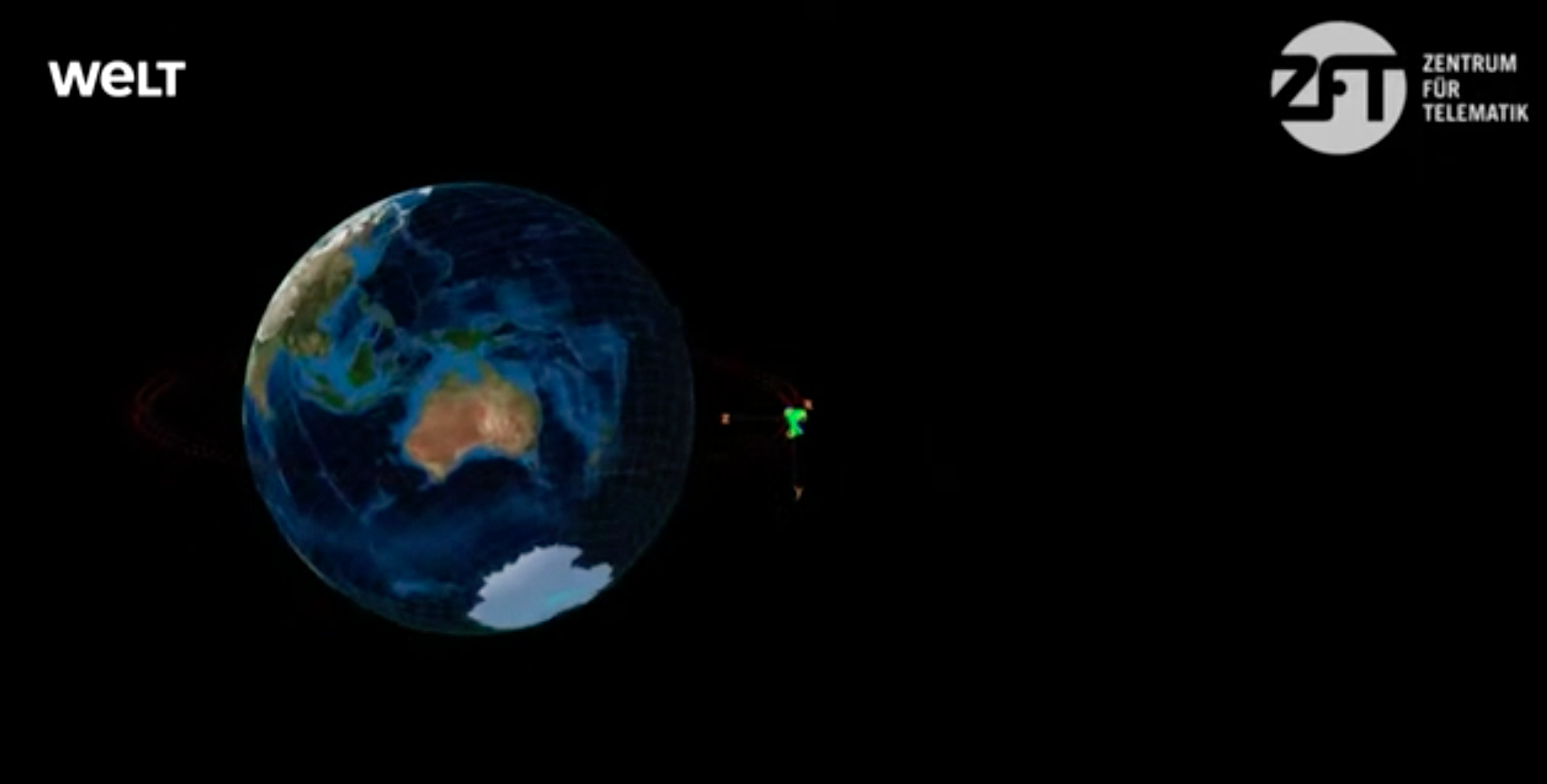 The Welt cheif editor for economic affairs, Mr. Gerhard Hegmann writes reports about S4 and the Center for Telematics in Würzburg’s achievement of being the first team wordwide to attempt a small satellite formation with mini satellites. The NetSat project demonstrates for the first time the self-organization of several satellites in three-dimensional space within the framework of a formation in orbit. To this end, important new technologies for formation control and coordination are being researched. This will then open up innovative perspectives for future sensor networks in space for Earth observation, such as three-dimensional images of the Earth’s surface and computer tomography methods for looking inside clouds.